PHOTOCOPIERS – HOW DID THAT COME ABOUT?

Born and raised in Christchurch, Garth was the youngest in a family of 4 sons. Due to their family circumstances, neither of his parents Noeline and Les, had the educational opportunities they would have liked so were always very committed to providing their boys with the best education they could. All the Boys were educated at Christchurch Boys’ High School and graduated with Bachelors Degrees from Canterbury University. Les was very proud of this, his unstable family background led to a very limited education and he was out to work at 14.

Despite this, the post World War 2 environment was full of opportunities & he saw a niche which started with manufacturing & selling washing machines. This led to involvement in manufacturing the metal components for all sorts of locally made equipment. On the strength of a nimble brain and an idea, Les started an electroplating business (the process of plating a cheaper base metal with a different metal finish). With his Partner, this venture became Huston & Butcher Electroplating, located at 75 Montreal St, Christchurch. Les was a successful self employed business owner from that day forward.

With this family example, having ones own business was nothing special, Garth never really thought about doing much else. So as a fresh graduate after working for 3M (The Minnesota, Mining & Manufacturing Company) the opportunity arose for Garth to start a distributorship for 3M, a company that had humble beginnings in 1902 as a sandpaper manufacturer. By the 1950’s it was a already global household name with Scotch-Brite™, Scotchgard™ & Scotch® Tape. As an innovator 3M then revolutionised the process of ‘duplication’ for the office with the introduction of the 3M™ Thermo-Fax™ Copier.

So Garth moved his very young family to Wellington and set about selling Thermofax copiers and Overhead projectors to offices and schools. Sandpaper and the Commodore computer came later. People always wondered about the strange business mix, the reason was 3M was a very diverse business and Garth had learned that openings could be grasped. After a year, although Garth had been really successful in building the customer base in Wellington, the opportunity to open Christchurch arrived. This gave Garth the chance to move back home to Christchurch in 1973 and build the business there and this is when BDL was established.

The first premises in Kingsley street in Sydenham, Christchurch was a small office at the front of a metal fabrication business. It had a very small showroom with a distinctive smell of metal shavings.

If you have good eyes, you can see we still have the same Post Office Box number in the photo below!

Photocopying has been described as one of the defining inventions of the 20th century and while much has been talked about the paperless office for many years, people still seem to like writing and reading on paper. Printing presses revolutionised journalism and getting news to the masses meant thousands of copies were printed overnight. Photocopiers were the next level of convenience for offices where you could copy documents for a meeting in just a few minutes as an example. How things have changed – five minutes for 5 copies in 1968 with 3Ms copying system. Now scanning, digitising print is as common as copying.

During the 19th and early 20th century many professions developed a need to be able to duplicate documents more quickly than copying by hand. Carbon paper, pantographs, copying books and mimeograph machines were devised. One early duplication method used by technical draughtsmen, engineers and other designers used copy paper which turned blue when exposed to light – hence the blueprint! This terminology still survives today, although the technology is long gone. The evolution of photocopying technology of course began with the invention of photography itself around the turn of the 20th Century….

BDL is now in its 5th decade of business. Over time we’ll be sharing stories about products, the changes in technology, the characters, the hilarious anecdotes all with the backdrop of one family and a changing New Zealand business and cultural landscape. For now we’ll share some photographs from the early days.

Photo 3 – 1985 The BDL Industrial Van at the 2nd premises in Peterborough St, Christchurch. 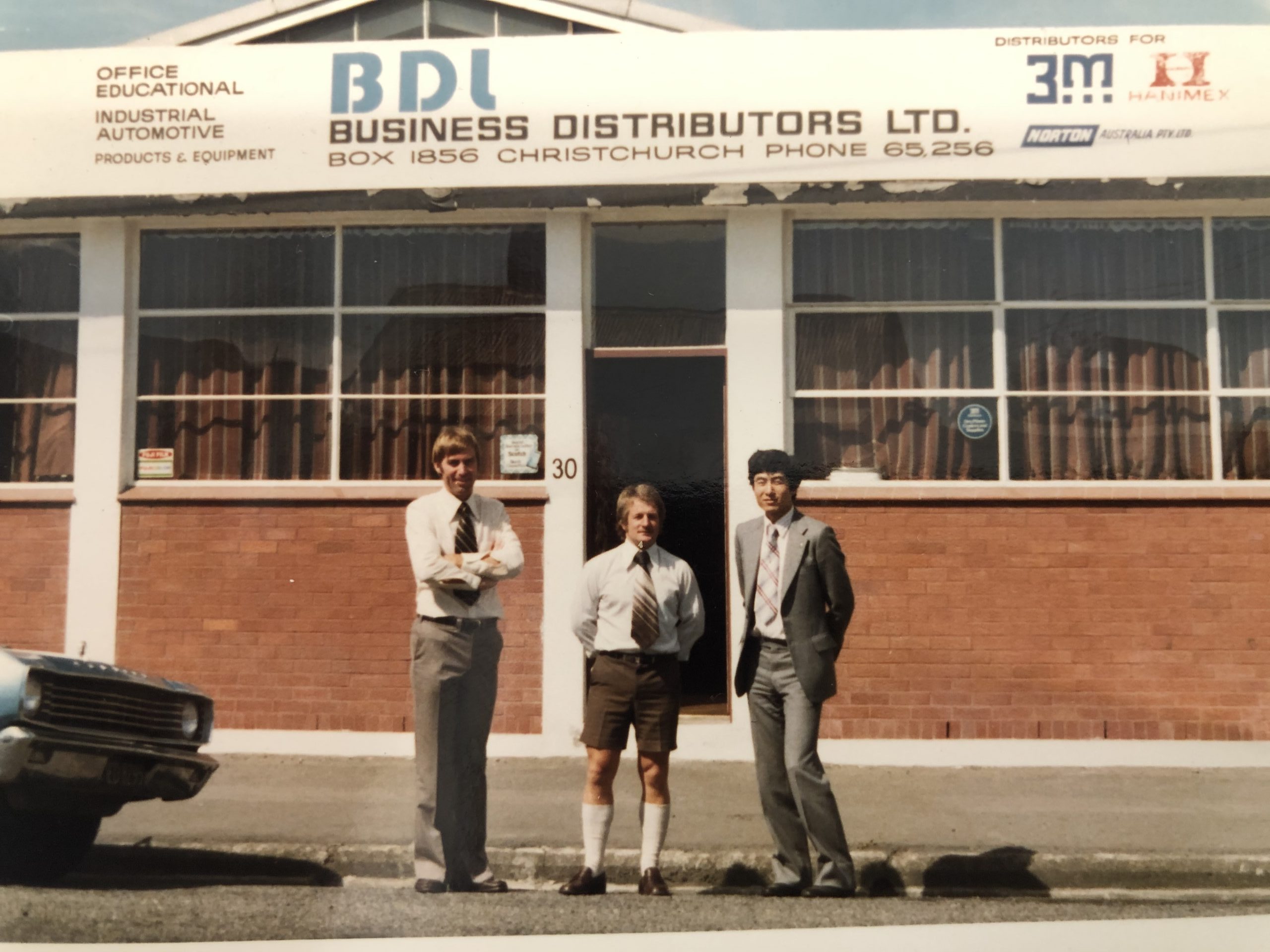 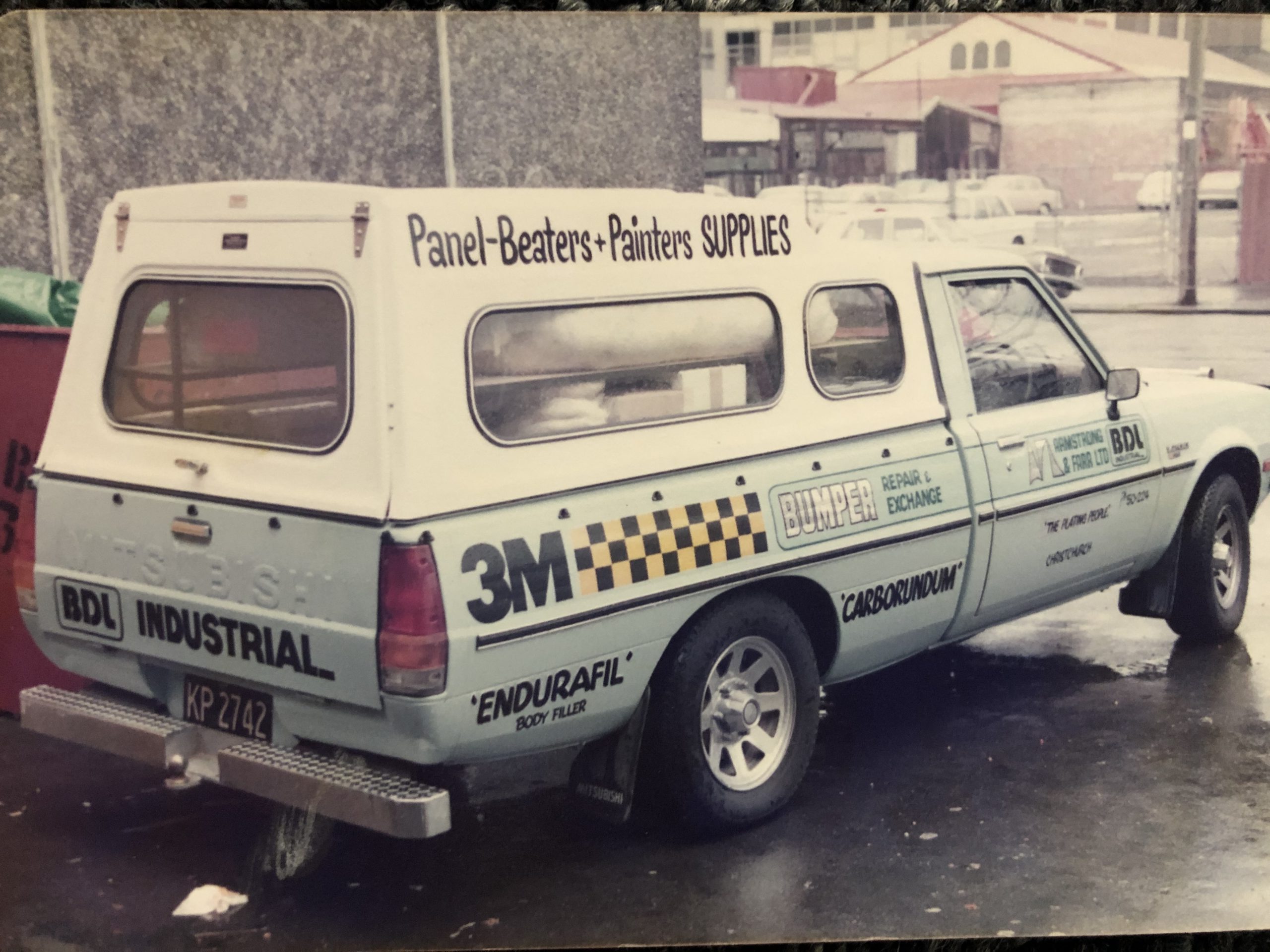